Believe it or not, there’s a new attack on SSL. 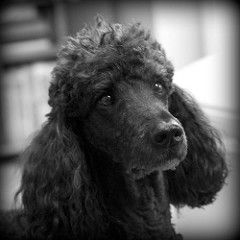 Yes, I know you’re thunderstruck. Let’s get a few things out of the way quickly.

First, this is not another Heartbleed. It’s bad, but it’s not going to destroy the Internet. Also, it applies only to SSLv3, which is (in theory) an obsolete protocol that we all should have ditched a long time ago. Unfortunately, we didn’t.

Anyway, enough with the good news. Let’s get to the bad.

The rough summary of POODLE is this: it allows a clever attacker who can (a) control the Internet connection between your browser and the server, and (b) run some code (e.g., script) in your browser to potentially decrypt authentication cookies for sites such as Google, Yahoo and your bank. This is obviously not a good thing, and unfortunately the attack is more practical than you might think. You should probably disable SSLv3 everywhere you can. Sadly, that’s not so easy for the average end user.

To explain the details, I’m going to use the usual ‘fun’ question and answer format I employ for attacks like these.

SSL is probably the most important security protocol on the Internet. It’s used to encrypt connections between two different endpoints, most commonly your web browser and a web server. We mostly refer to SSL by the dual moniker SSL/TLS, since the protocol suite known as Secure Sockets Layer was upgraded and renamed to Transport Layer Security back in 1999.

This bug has nothing to do with TLS, however. It’s purely a bug in the old pre-1999 SSL, and specifically version 3 — something we should have ditched a long time ago. Unfortunately, for legacy reasons many browsers and servers still support SSLv3 in their configurations. It turns out that when you try to turn this option off, a good portion of the Internet stops working correctly, thanks to older browsers and crappy load balancers, etc.

As a result, many modern browsers and servers continue to support SSLv3 as an option. The worst part of this is that in many cases an active attacker can actually trigger a fallback. That is, even if both the server and client support more modern protocols, as long as they’re willing to support SSLv3, an active attacker can force them to use this old, terrible protocol. In many cases this fallback is transparent to the user.

What’s the matter with SSL v3?

So many things it hurts to talk about. For our purposes we need focus on just one. This has to do with the structure of encryption padding used when encrypting with the CBC mode ciphersuites of SSLv3.

SSL data is sent in ‘record’ structures, where each record is first authenticated using a MAC. It’s subsequently enciphered using a block cipher (like 3DES or AES) in CBC mode. This MAC-then-encrypt design has been the cause of much heartache in the past. It’s also responsible for the problems now.

Here’s the thing: CBC mode encryption requires that the input plaintext length be equal to a multiple of the cipher’s block size (8 bytes in the case of 3DES, 16 bytes for AES). To make sure this is the case, SSL implementations add ‘padding’ to the plaintext before encrypting it. The padding can be up to one cipher block in length, is not covered by the MAC, and always ends with a single byte denoting the length of the padding that was added.

In SSLv3, the contents of the rest of the padding is unspecified. This is the problem that will vex us here.

How does the attack work?

Let’s imagine that I’m an active attacker who is able to obtain a CBC-encrypted record containing an interesting message like a cookie. I want to learn a single byte of this cookie — and I’m willing to make the assumption that this byte happens to live at the end of a cipher block boundary.

(Don’t worry about how I know that the byte I want to learn is in this position. Just accept this as a given for now.)

Imagine further that the final block of the record in question contains a full block of padding. If we’re using AES as our cipher, this means that the last byte of the plaintext of the final block contains a ’15’ value, since there are 15 bytes of padding. The preceding 15 bytes of said block contain arbitrary values that the server will basically strip off and ignore upon decryption, since SSLv3 doesn’t specify what they should contain. (NB: TLS does, which prevents this issue.)

The attack works like this. Since I control the Internet connection, I can identify the enciphered block that I want to learn within an encrypted record. I can then substitute (i.e., move) this block in place of the final block that should contain only padding.

When the server receives this new enciphered record, it will go ahead and attempt to decrypt the final block (which I’ll call C_n) using the CBC decryption equation, which looks like this:

Note that C_{n-1} is the second-to-last block of the encrypted record.

If the decrypted final block does not contain a ’15’ in the final position, the server will assume either that the block is bogus (too much padding) or that there’s less padding in the message than we intended. In the former case it will simply barf. In the latter case it will assume that the meaningful message is longer than it actually is, which should trigger an error in decryption since MAC verification will fail. This should also terminate the SSL connection.

Indeed, this is by far the most likely outcome of our experiment, since the deciphered last byte is essentially random — thus failure will typically occur 255 out of every 256 times we try this experiment. In this case we have to renegotiate the handshake and try again.

Every once in a while we’ll get lucky. In 1/256 of the cases, the deciphered final block will contain a 15 byte at the final position, and the server will accept this as as a valid padding length. The preceding fifteen bytes have also probably been changed, but the server will then strip off and ignore those values — since SSLv3 doesn’t care about the contents of the padding. No other parts of the ciphertext have been altered, so decryption will work perfectly and the server should report no errors.

Voila, in this case — which occurs with probability 1/256 — we’ve decrypted a single byte of the cookie.

The important thing to know is that if at first we don’t succeed, we can try, try again. That’s because each time we fail, we can re-run the SSL handshake (which changes the encryption key) and try the attack again. As long as the cookie byte we’re attacking stays in the same position, we can continue our attempts until we get lucky. The expected number of attempts needed for success is 256.

We’ve got one byte, how do we get the rest?

The ability to recover a single byte doesn’t seem so useful, but in fact it’s all we need to decipher the entire cookie — if we’re able to control the cookie’s alignment and location within the enciphered record. In this case, we can simply move one byte after another into that critical final-byte-of-the-cipher-block location and run the attack described above.

One way to do this is to trick the victim’s browser into running some Javascript we control. This script will make SSL POST requests to a secure site like Google. Each time it does so, it will transmit a request path first, followed by an HTTP cookie and other headers, followed by a payload it controls.

Since the script controls the path and payload, by varying these values and knowing the size of the intermediate headers, the script can systematically align each specific byte of the cookie to any location it wants. It can also adjust the padding length to ensure that the final block of the record contains 16 bytes of padding.

This means that our attack can now be used to decrypt an entire cookie, with an average of 256 requests per cookie byte. That’s not bad at all.

So should we move to West Virginia and stock up on canned goods?

Maybe. But I’m not so sure. For a few answers on what to do next, see Adam Langley and Rob Graham’s blog posts on this question.

Note that this entire vulnerability stems from the fact that SSLv3 is older than Methuselah. In fact, there are voting-age children who are younger than SSLv3. And that’s worrying.

The obvious and correct solution to this problem is find and kill SSLv3 anywhere it lurks. In fact, this is something we should have done in the early 2000s, if not sooner. We can do it now, and this whole problem goes away.

The problem with the obvious solution is that our aging Internet infrastructure is still loaded with crappy browsers and servers that can’t function without SSLv3 support. Browser vendors don’t want their customers to hit a blank wall anytime they access a server or load balancer that only supports SSLv3, so they enable fallback. Servers administrators don’t want to lock out the critical IE6 market, so they also support SSLv3. And we all suffer.

Hopefully this will be the straw that breaks the camel’s back and gets us to abandon obsolete protocols like SSLv3. But nobody every went bankrupt betting on insecurity. It’s possible that ten years from now we’ll still be talking about ways to work around POODLE and its virulent flesh-eating offspring. All we can do is hope that reason will prevail.

15 thoughts on “Attack of the week: POODLE”